From the time I was a teenager, I have been a collector of objects for the home.  I find so many older items interesting so I start new collections.  I’ve been locking eyes with antiques my entire life.  One of my most valuable collections is cream-colored English earthenware called cream ware.  I have small plates, large plates, tureens, and candlesticks.  Around 1750, Staffordshire potters experimented with fine white earthenware with a rich yellowish glaze, being light in body and of clean glaze.  It proved ideal for domestic ware. Wedgwood, a prominent maker of cream ware, introduced a white to bluish white called pearl ware several years later which continued to be produced for nearly a century.  Cream ware, however, continued to be made throughout the l9th century and later. (Wikipedia)

When I lived in Atlanta and was able to visit the Scott Antique Market monthly, I would pick up one piece at a time when it was affordable.  Cream ware is my favorite of all the different objects I have been interested in.  Twenty years ago in Atlanta, it was inexpensive.  Today it has great value attached.  From time to time, I will allow myself to purchase another piece because I have such respect for cream ware.  I’m a collector by nature. 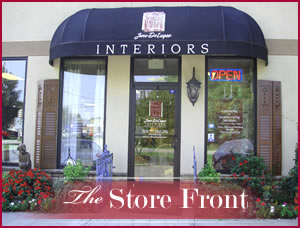